The primary purpose of creating nursing theories are to guide nursing practice. Nursing theory can be integrated into any nursing setting, such as a hospital or community-based clinic. Theories can also be integrated into specific clinical settings, such as labor and delivery. Theories are beneficial to nursing practice in numerous ways. When nurses incorporate theory into personal nursing practice, it allows for creativity and implementation of innovative interventions. Many nursing behaviors are based on theory, such as caring and patient education. Nursing theory helps nurses organize their care 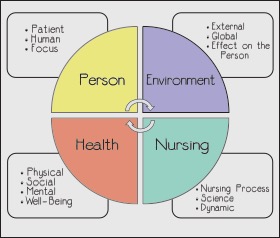 Nursing theories are differentiated between grand and middle-range theories. Theories are placed in one of the two categories based on the following:

For example, Meleis’ Transitions Theory is focused on the different transitions that occur in people’s lives, how people are supported during a role change and how they understand the transition (Meleis, Sawyer, Im, Messias, & Schumacher, 2000). A researcher who wants to understand the transition for a woman giving birth, becoming a mother for the first time, may use Meleis’ Transitions Theory as a theoretical framework to guide the design of the study. 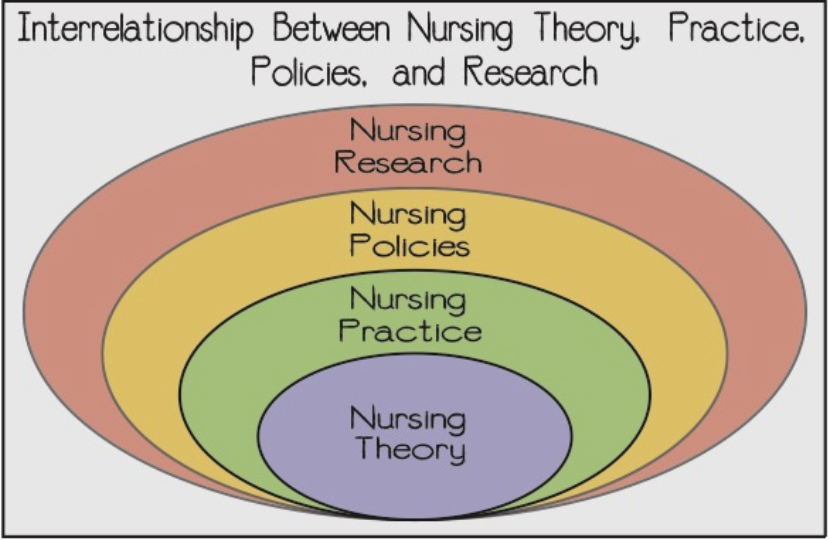 Nursing theory is a vital component of nursing practice and can positively impact practice especially when part of a nurse’s personal nursing philosophy. Nurses can choose one or more theories that align to their practice and add additional statements about the theory to their nursing philosophy. For example, nurses working hospice may choose Watson’s Theory of Human Caring. Applying the caritas #4, “Developing and sustaining a helping-trusting, authentic, caring relationship” (Watson, 2008, p. 31) can help the nurse instill certain attributes during interactions with the patient and family.

NURS 3301 Professional Mobility by Dania Ochoa is licensed under a Creative Commons Attribution 4.0 International License, except where otherwise noted.