The goal of nursing education is to prepare nurses with comprehensive knowledge and skills to provide safer nursing care in today’s complex healthcare environment. Many changes have occurred in the last 25-50 years and will only accelerate as new technologies develop and demographics continue to change. In addition to healthcare shifting from tertiary care (acute hospital-centered) to community-based settings, the patient population is more diverse, older, and requires care for multiple chronic illnesses. More than ever, nurses need to be prepared with the required competencies and knowledge to practice across multiple settings in order to provide safe, quality care. Obtaining a baccalaureate degree can meet the demand for a highly educated nursing workforce.

Patient-centered care is more important than ever in today’s healthcare environment. Providing individualized care requires not only communicating and collaborating effectively with the patient, family, and interprofessional team, but to also coordinating care with community partnerships, organizations, and other stakeholders within the healthcare system. Nurses must acquire competence as a provider, designer, manager, and coordinator of care. A baccalaureate education prepares nurses to understand the broader context of healthcare, such as reimbursement and accreditation requirements (American Association of Colleges of Nursing [AACN], 2008). 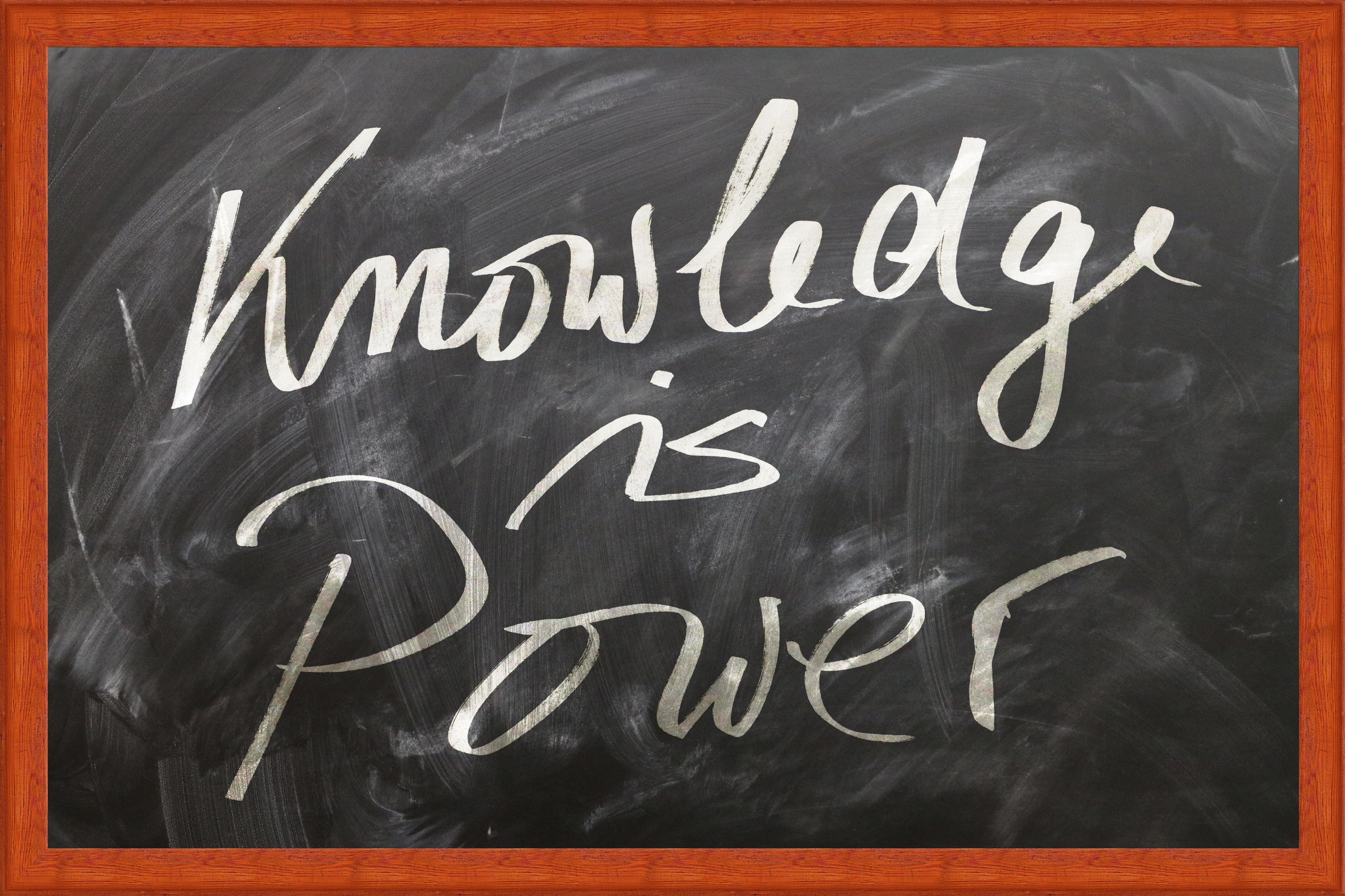 Baccalaureate Education and Impact on Outcomes

The Institute of Medicine (IOM, 2011) studied the overall healthcare environment and the current state of nursing educational readiness. The IOM reported nurses need to attain higher levels of education (minimum of BSN) and a seamless transition to higher levels of education (diploma and associate to BSN) (IOM, 2011). These conclusions are supported by researchers who have studied the competencies of baccalaureate prepared nurses compared to associate degree prepared nurses (See Table 1). An overwhelming number of studies have shown a positive relationship between patient outcomes and care provided by baccalaureate prepared nurses. The following list summarizes the research findings on the impact of a baccalaureate education from Table 1 below:

Table 1 below illustrates the results of research studies focused on the level of nursing education and its impact on health outcomes.

As stated in the previous chapter, the AACN (2021) plays a pivotal role in nursing education and is charged with providing curriculum standards and competencies for undergraduate, graduate, and Doctor of Nursing Practice (DNP) degrees.The Essentials illustrate the competencies students are held accountable for mastering in critical areas of study (AACN, 2021). The Essentials consist of Domains, Spheres of Care and Concepts, see below:

Each of the domains have multiple competencies and sub-competencies for undergraduate and graduate education.

Additional information on The Essentials can be found at the AACN website. 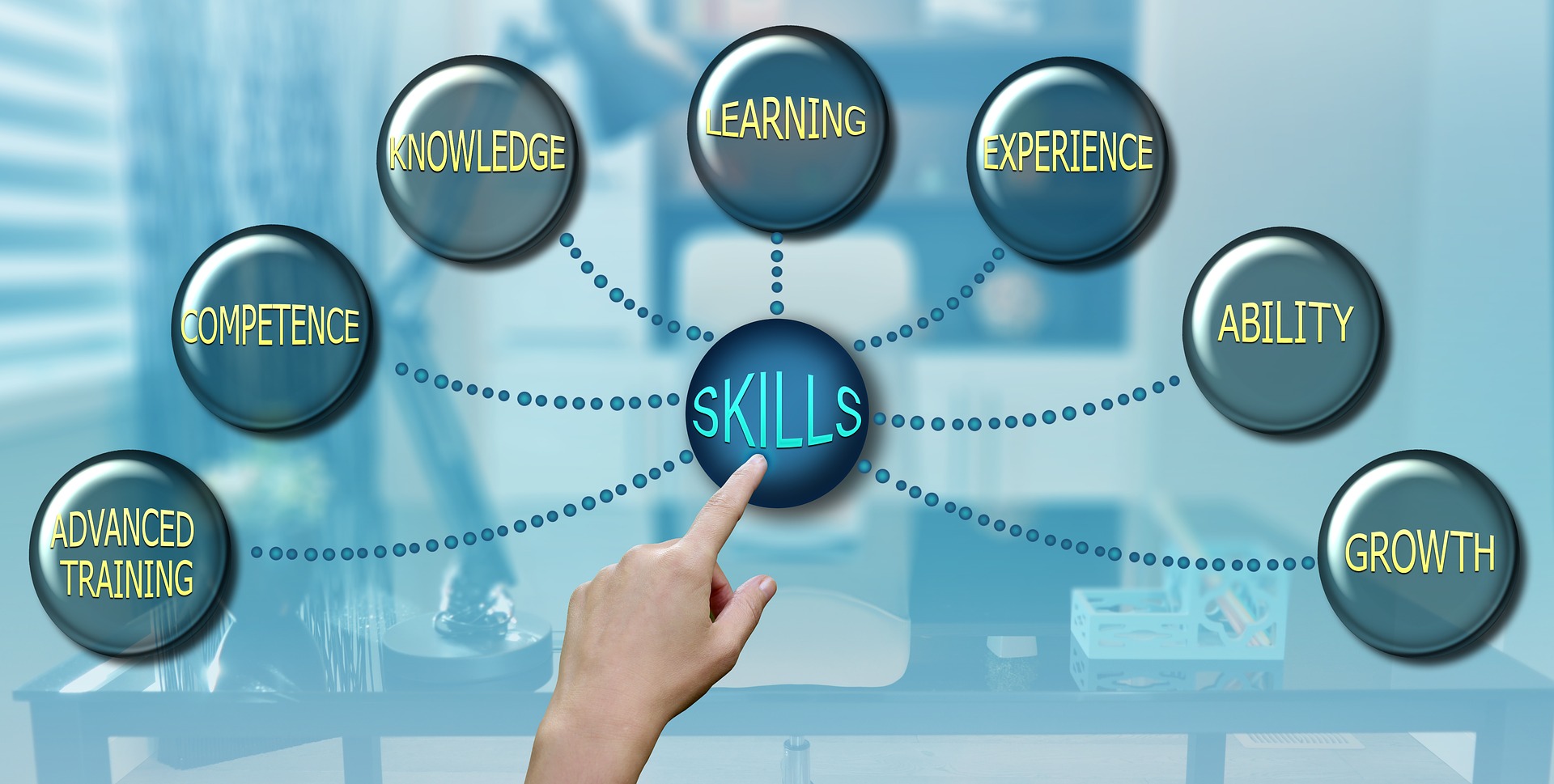 The AACN (n.d.) collaborates with academic institutions and community partners to create a highly effective nursing workforce. To that end, AACN has published a position statement on academic progression for registered nurses. In order to meet the complex healthcare demands of the 21st century, and due to the significant impact education has on knowledge and nurse competencies, the AACN proposes the following:

The American Association of Colleges of Nursing strongly believes that registered nurses (RNs) should be, at minimum, prepared with the Bachelor of Science in Nursing (BSN) or equivalent baccalaureate nursing degree (e.g., BS in Nursing, BA in Nursing) offered at an accredited four-year college or university (AACN, n.d., para. 2).

AACN emphasizes the requirement for lifelong learning as an essential part of nursing practice.

Lifelong learning competencies are weaved throughout the Baccalaureate Essentials, which includes outcomes associated with developing professional values, behaviors and sharpened skills of inquiry, critical thinking, and analysis. Lifelong learning is a critical step for progressive learning and personal progress. Jones-Schenk, Leafman, Wallace, and Allen (2017) found that nurses with an associate degree were less likely to have an educational plan than nurses with a bachelor’s degrees (Jones-Schenk, Leafman, Wallace, & Allen, 2017).

As a result of the landmark study by the IOM, The Future of Nursing: Leading Change, Advancing Health, the nursing profession has strengthened practice through lifelong learning throughout one’s career. Mentorship and preceptor programs have been developed to ensure competencies (Pirschel, 2017). Many healthcare organizations have developed residency programs to assist graduate nurses as they acclimate to their new professional roles.

History of the Baccalaureate Degree as the Minimum Preparation

To fully understand the national dialogue about minimum levels of education, it is important to understand how the debate originated and why it’s been ongoing on for over 50 years.

In 1960, the American Nurses Association’s (ANA, 1965) Committee on Education prepared a proposal asserting a baccalaureate degree should be the basic education for professional nursing practice. After five years, in 1965, the ANA published their first official position statement in The American Journal of Nursing. A number of factors were considered before finalizing the position statement, though a number of controversies ensued.

In 1965, Medicare and Medicaid legislation were passed thus ushering in the era of the “Great Society.” Older adults and the impoverished were now equally entitled to access to healthcare, and the influx of new patients led to the growth of tertiary care and the need for more nurses (Donley & Flaherty, 2002).

Donley and Flaherty (2002) found three main themes in the writing of the first position statement: 1) autonomy and financial control, 2) nature of nursing practice, and 3) nursing supply. These themes still resonate today, though in slightly different forms.

Autonomy, Finances and the Nature of Nursing Practice

In the American healthcare environment of 1965, nursing education and practice in the hospital setting was controlled by hospitals and their physicians. Over 75% of hospital-based nursing programs centered their curriculum on how to care for acutely ill, hospitalized patients. Since hospitals and physicians had decision-making authority over their nurses, it was a commonly held belief that nursing was merely an occupation (not a profession as it is today) where nurses were handmaidens of physicians. Physician’s orders and the care of the old and acutely ill shaped the domain of nursing. The hospital culture was strong, and nurses who were trained in hospital-based programs were ardent supporters of their hospital and physicians. Any change to the status quo of nursing education being centered in the hospital system would take a great deal of persuasion and new ideas (Donley & Flaherty, 2002).

The practice of educating and employing nurses in the hospital setting weakened nursing autonomy due to physicians’ premier position in the hospital hierarchy and their authority to make decisions about nursing education (physicians also taught nursing students). After the position statement was published, it was recommended hospitals close down their nursing programs and transition nursing education to colleges and universities. ANA’s motivation rested in their belief that nurses were not receiving a comprehensive education and nurses deserved more autonomy over their practice and education (Donley & Flaherty, 2002).

The most dramatic response to the publication of the position statement was the growth of associate degree nursing (ADN) programs. See Table 1 below to see the dramatic changes from pre-position statement in 1963 to the data from the National Nursing Workforce Survey in 2017.

Table 2 shares the percent of nurse graduates by program type

A long-standing debate over mandating baccalaureate education in New York ended on December 19, 2017, when Governor Cuomo signed Senate Bill S6768 (BSN in 10). The law states students entering nursing school beginning in 2019 are mandated to obtain a bachelor’s degree within 10 years of initial licensure (New York State Senate, 2017). Current registered nurses are not mandated to earn a BSN, though some are returning in order to compete for positions, most often acute care settings. These nurses would be at a competitive disadvantage without a baccalaureate degree since new graduating nurses will be earning their BSN within a relatively short period of time. Mandating a baccalaureate education continues to be hotly debated since the bill has passed for a number of reasons, such as a possible negative impact on the current nursing shortage, financial burden, and more. See the next section for a list of incentives and disincentives for nurses returning to school for a baccalaureate degree.

Proponents of the law include a number of prominent organizations, including:

These organizations acknowledge the value baccalaureate prepared nurses bring to the profession. They also advocate for increasing baccalaureate prepared nurses in all clinical settings (AACN, Task Force on Academic Progression, 2020a). “Quality patient care hinges on having a well-educated nursing workforce. Research has shown that lower mortality rates, fewer medication errors, and positive outcomes are all linked to nurses prepared at the baccalaureate and graduate degree levels” (AACN, n.d.).

Many organizations continue to oppose the law, including The Association of Community College Trustees (ACCT, 2017). The association believes their role is to address critical nursing shortages, specifically in rural locations, long-term care, and underserved populations. ACCT (2017) states there is no evidence that associate degree nurses are not fully prepared to fulfill their job responsibilities. ACCT (2017) also denies the broad statement that a baccalaureate education better prepares nurses for practice.

The AACN (2000) position statement supports higher education, affirming that a baccalaureate education should be the minimum entry-level preparation for professional nursing practice. The AACN has always fully supported ADN programs and has no intention to support the closure of such programs. They stand firm on not limiting the role of nurses educated at the ADN level, stating nurses should work in settings according to their type and level of education, reiterating the impact education has on skill and competency level. AACN (2019) believes ADN programs play a crucial role in meeting the healthcare needs of the nation. In addition, “. . . a sizeable majority of AACN members indicated support for RN licensure at the ADN level within the context of different scopes of practice for nurses based on level of education” (AACN, 2019, para. 3).

Incentives and Barriers for Earning a BSN

There are a number of reasons why nurses are returning to school to earn their BSN. One major incentive came from the IOM (2011) report, The Future of Nursing. Leading Change, Advancing Health. The report urged nurses in all settings to work collaboratively to increase the proportion of baccalaureate prepared nurses to 80% by 2020. Altmann (2011) reviewed 28 research studies that evaluated the incentives and barriers for nurses returning to school for a baccalaureate degree: 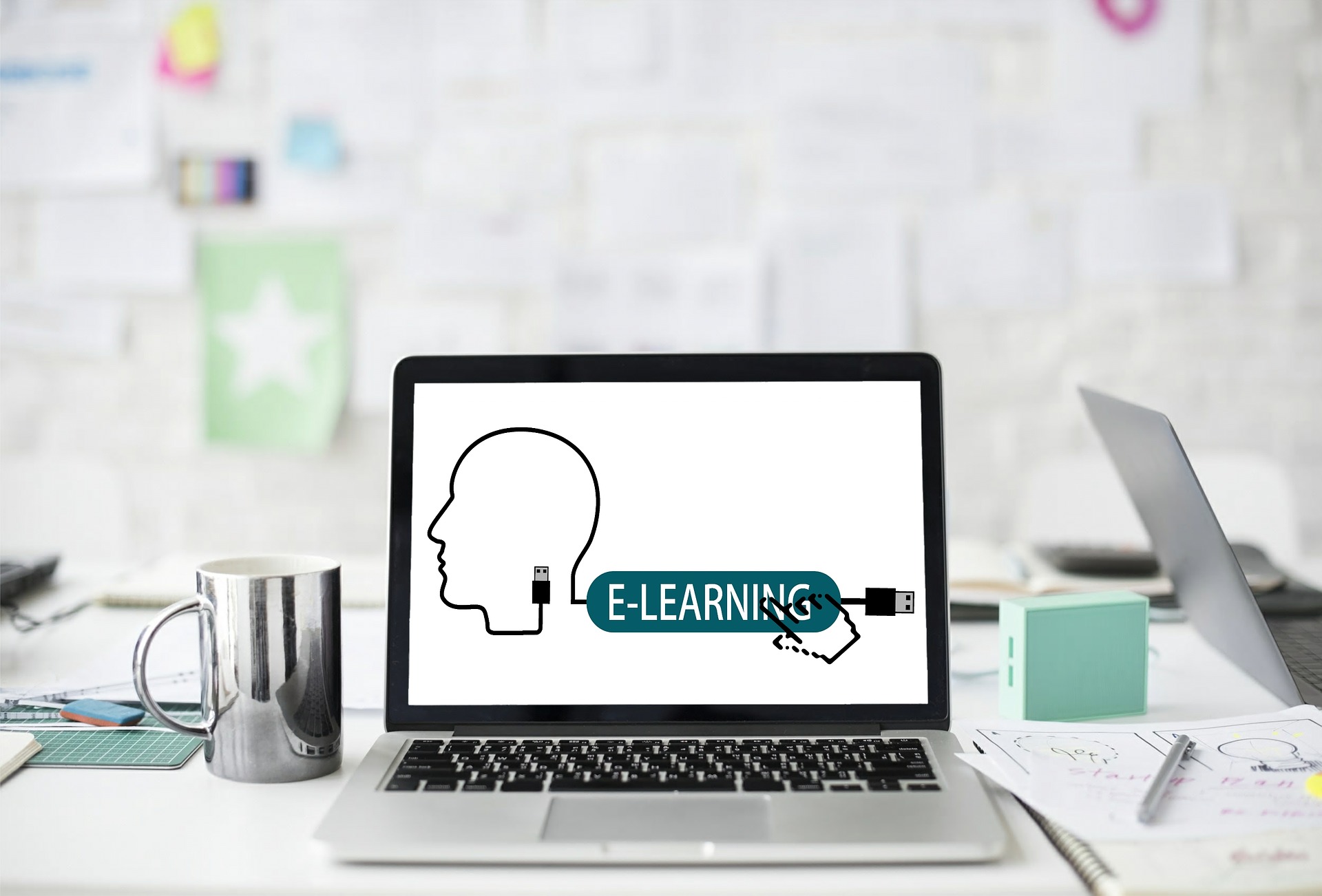 The IOM report (2011) has influenced the direction of nursing education and practice by disseminating the challenges and complexities of healthcare delivery in the 21st century. This leads into the next chapter, Healthcare in the 21st Century, which delves into the complexity of healthcare and how nursing practice continues to evolve.

NURS 3301 Professional Mobility by Dania Ochoa is licensed under a Creative Commons Attribution 4.0 International License, except where otherwise noted.